Bruno Munari (October 24, 1907 in Milan – September 30, 1998 in Milan) was an Italian artist, designer, and inventor who contributed fundamentals to many fields of visual arts (painting, sculpture, film, industrial design, graphic design) in modernism, futurism, and concrete art, and in non visual arts (literature, poetry) with his research on games, didactic method, movement, tactile learning, kinesthetic learning, and creativity. Bruno Munari joined the 'Second' Italian Futurist movement in Italy led by Filippo Tommaso Marinetti in the late 1920s. During this period, Munari contributed collages to Italian magazines, some of them highly propagandist, and created sculptural works which would unfold in the coming decades including his useless machines, and his abstract-geometrical works.[2] After World War II Munari disassociated himself with Italian Futurism because of its proto-Fascist connotations.

A conceptual play of representation and reality designed by Bruno Munari and Giovanni Belgrano.

This game contains 40 cards of photographs that feature a number of subjects seen from various view points.
Objects look different from different perspectives. All so fascinating to a growing mind!
Find the same objects even though they look different. Or how about grouping different objects seen or represented in the same way? What if the same object is represented in a black and white photograph, or simply as the written 'word'?

This is a striking visual game of relations between 'things' and 'representations' that will stimulate young minds to explore the world through many different perspectives. 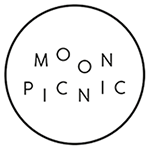 Be our picnic guest

Receive our design newsletter
and your 10% OFF code

Are you visiting from the UK or Europe?
Please sign up on our UK site instead.